Legend has it that one needs to take a dip in the river Ganges to wash all sins. In the case of Narmada, a mere glimpse serves the purpose.

Revered by millions, the lifeline of Madhya Pradesh, Narmada is polluting fast. Huge quantity of waste from cities and villages situated along the river and effluents discharged from industries have already pushed the quality of water down to “B” category, according to Bureau of Indian Standard 2296 norms. Those who worship the river are also to be blamed for the rising level of pollution.

From Amarkantak, the place of its origin to the Gulf of Khambat, almost 80% of 1312-km-long river flows in Madhya Pradesh with help of its 41 tributaries quenching the thirst of millions and irrigating almost 1 lakh hectare area in the state.

However, the rampant deforestation in its catchment area and population pressure is wreaking havoc on the river.

Pollution starts the moment it emerges out of the sacred Narmada Kund- a pond in Amarkantak plateau. The pollution level increases further alarmingly as it flows down the hills to the tribal-dominated district of Dindori starting its long journey to the Arabian Sea.

A report of the Madhya Pradesh Pollution Control Board (MPPCB) indicates that in Dindori, the quality of water was under ‘C’ category of the BIS’s 2296 norms (1981). Huge quantity of sewage is directly discharged into the river in Dindori. The pollution control board monitors the quality of the river at 21 points four times every year.

However, the urban administration and development department has identified 52 such cities in the downstream that have been discharging their municipal discharge directly.

Prime Minister Narendra Modi launched in May 2017 the Narmada Seva Mission for the conservation of the crucial river, which is a lifeline of Madhya Pradesh.

Launching the Narmada Seva Mission in Amarkantak, Madhya Pradesh, Modi, appeared at his reverent best. His speech preceded the recital of Hindu chants at the Narmada temple. During his speech he extolled the place of the Narmada in Hindu Shastras, referring to it as Maa.

Narmada river captured the attention of the nation when it became the centre of a decades-long struggle to stop the raising of the Sardar Sarovar Dam.

The entire Narmada valley in the submergence zone is rich: cotton, banana, sugar cane, corn, wheat and rice grow in abundance in its lush green fields. “We grow everything except tea,” joked a farmer.

Swachh Bharat-Swachh Narmada initiative has been taken up by an eight-year-old girl Tejasvini Dubey.

Tejasvini Dubey is the daughter of Shri Omkar Dubey (Founder – Maa Narmada Maha Aarti Samiti, Jabalpur). Dubeyji founded this committee in 2012, and since then they have taken all positive steps to keep the Narmada clean at their own level.

They started conducting the Narmada Maha-Aarti at Gwarighat (Jabalpur) in the last few years. Till date, Tejasvini Dubey and Shri Omkar Dubey have conducted more than 21 Lakh Oath ceremony on Swachh Bharat. They are conducting this ceremony on a daily basis at Gwarighat to thousands of people.

Tejasvini has completed 7 rounds of “Panchkosi Parikrama”, which is a large event to create awareness in people for keeping the Narmada clean and reduce the pollution around it. Tejasvini also does the cleaning at the Narmada Ghat daily.

Tejasvini Dubey has been making the people take oath for pollution control and cleanliness in routine life. She has got lakhs of people including religious leaders, judges, people from the social sector, administrative officers and politicians take oath for cleanliness, so far.

Tejasvini Dubey awarded by Swami Chaitanyanand and officers of MPPCB.

Out of the numerous ghats that line up in the near vicinity of the city, Gwari Ghat is the most famous and accessible to the people of that city. In fact, a narrow gauge train line connects it with the main station.

Just like the Ganga Aarti at Haridwar, an aarti ritual is also organized at the Gwari Ghat at Jabalpur at around 07-08 pm in the evening, which is considered as a very sacred ceremony.

The Ghat as such has been renovated and is surprisingly quite clean. One can partake of the Puja and Aarti by simply sitting on the cemented steps.

Puja and Aarti items including Deep Dans are available nearby and once the Aarti concludes, these Deep Dan(Deep Dan – consists of a small container made of a particular leaf which is filled with flowers and a candle is fixed/placed in the middle which is lighted and floated)can be done by floating them in the river. 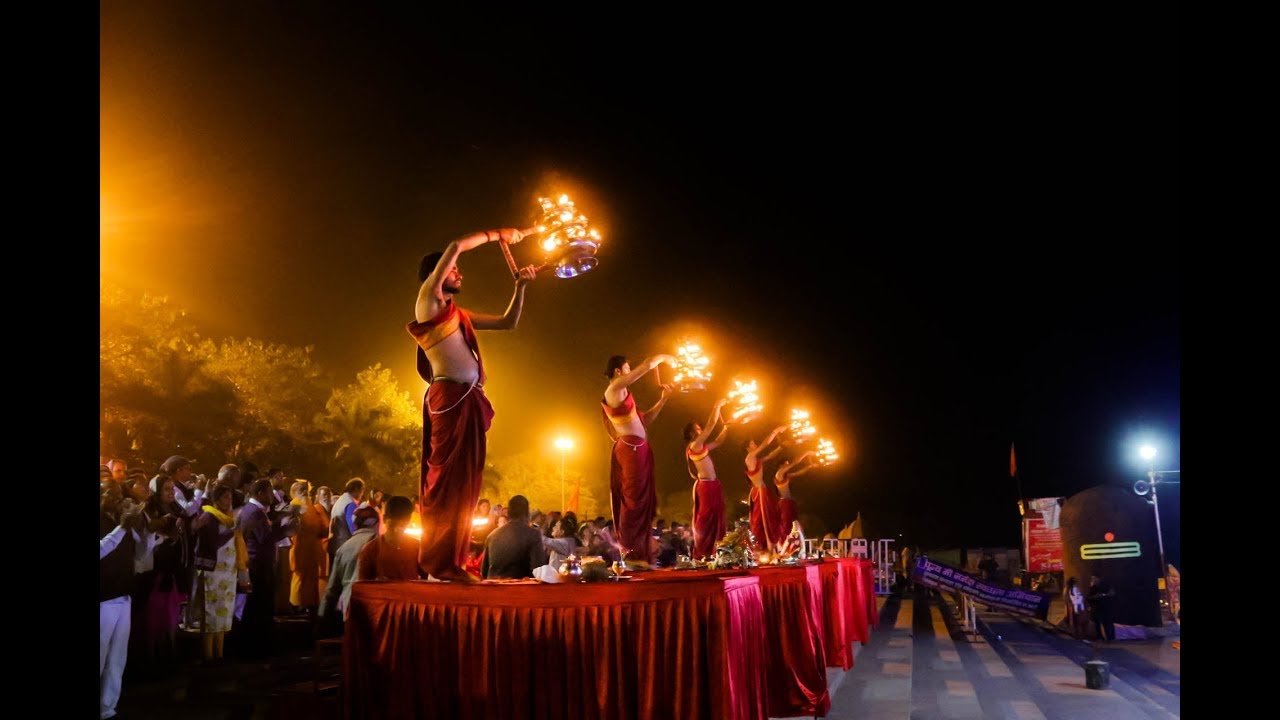 Inside the River, there was a temple dedicated to River Narmada. The Narmada Temple remained completely submerged in the water when the sluice gates at the Bargi Dam were opened during the rainy season.