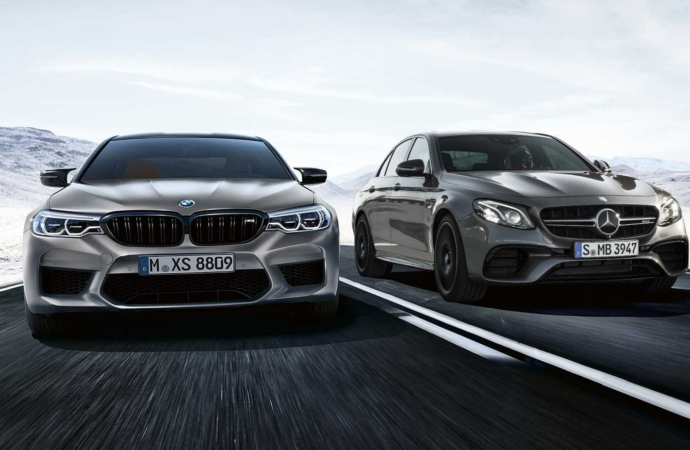 The BMW vs Mercedes-Benz rivalry is right up there with Nadal vs Federer, PlayStation vs Xbox, and Messi vs Ronaldo (although this one might be settled now) in the great rivalries of our times. However, it seems like this rivalry is getting a bit one-sided as BMW has surpassed Mercedes-Benz’s sales for the second year in a row.

As per both companies’ sales figures, BMW sold about 2.1 million cars in 2022, while Mercedes-Benz clocked in sales figures of around 2.04 million. While BMW certainly outdid its arch-rival, its numbers actually saw a decline when compared to the sales figures from 2021.

According to the German manufacturer, the Russia-Ukraine War, the Coronavirus pandemic, and supply chain, bottlenecks are collectively responsible for the drop in overall sales.

Deep-diving into their sales numbers:

Despite 2022 being a challenging year for the global economy, BMW was still able to overtake (pun not intended) Mercedes-Benz’s sales figures by closing its books at 2,100,692 units sold worldwide. However, as mentioned above, this actually marked a 5.1% reduction from its 2021 numbers.

As for Mercedes-Benz, there was some good news for the German carmaker as well. Compared to 2021, it saw the sales of its fully-powered electric vehicles go up by 124%, clocking in at 117,800 units sold.

On the other hand, as per reports, Mercedes-Benz saw its overall sales numbers fall by 1% in 2022. Fortunately, as supply chain bottlenecks eased by the year’s end, Mercedes made a strong comeback.

In a meeting organised by German Chancellor Olaf Scholz, BMW said it would focus on electromobility in 2023.

On the contrary, the Mercedes-Benz Group spoke about how their direct sales model in the UK and Germany will enhance their customer experience. Furthermore, the automaker also revealed that stopping their exports to Russia had negatively impacted their sales.

The BMW Group is quite optimistic about 2023 being particularly lucrative for them. Their confidence lies in their new lineup of models which includes the BMW i5 that will be launched later this year. Customers’ demand for certain high-end BMW vehicles like BMW X1, iX1, i4, iX and i7 models has also spiked.

Keep an eye out for BMW’s Neue Klasse (New Class), which will also arrive in 2025. These cars will be fully geared towards sustainability and circular economy, using new technologies and production processes. Towards the latter half of 2023, the luxury brand will also provide insights into these revolutionary vehicles and their USPs.

Later this year, Mercedes-Benz aims to debut its all-new E-Class sedan, based on its existing MRA platform. As for Mercedes Benz India, the luxury brand plans to launch at least ten models which have already been launched internationally.