Each zodiac sign has something special in them which influences us in our life and it is also interesting to know your personality traits according, to your zodiac signs, sometimes future too.

Isn’t it fascinating that inside a temple 12 pillars are corresponding to zodiac signs are constructed in such a way that the sun’s rays fall on each pillar in the exact order of the 12 months of the Hindu calendar? To know more about this temple, read this full article.

The Vidyashankara Temple at Sringeri is a magnificent architecture, beautifully built entirely out of carved stone in around 1338 CE in the memory of Guru Vidyashankara, and is dedicated to Lord Shiva by Vidyaranya who headed the Sringeri Sharada Peetha and played an important role in establishing the glorious Vijayanagara Empire.

The temple stands almost at the entrance to the River Tunga. It was built with the aid and fusion of the Vijayanagara rulers, combining the Hoysala, Chalukyas and Dravidian styles.

The temple’s unique style looks like the Hoysala Architecture. If you see the walls and plinth on which it stands, which can be used for circumambulation (Pradakshina). But the temple has curved sides like the temples in Kerala, or like the Chalukyan Durga temple In Aihole.

The top of the temple attributes a different design together. The walls will remind you of temples at the World Heritage site of Hampi, the capital city of the Vijayanagara Empire. It is a unique and pleasing blend of different styles of India – South Indian temple architecture to be more specific, which probably isn’t found anywhere else. 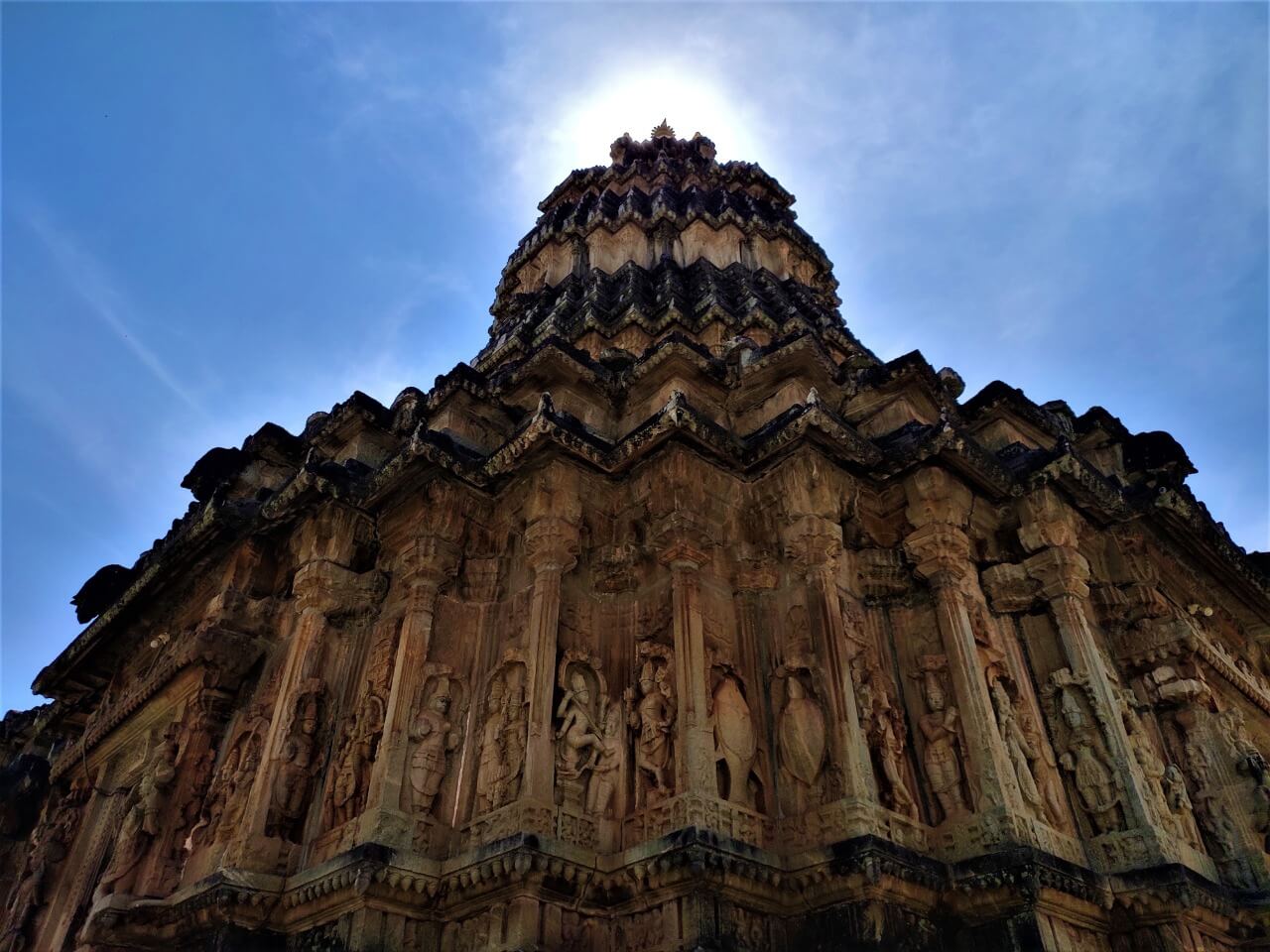 The outer walls feature relief sculptures of several sequences originating out of the Puranas (Hindu mythology) such as animals like lions, elephants and horses all around the bottom. The rear side of the temple features the Dashavatara [Ten incarnations of Lord Vishnu]

The marvellous twelve zodiac pillars (called Raashi-Stambhas) inside the temple hall, on which are carved the twelve signs of the zodiac, are arranged in such a way that rays from the rising sun fall on each of them, in the order of the twelve zodiacs. For example, if the Sun is now located in the constellation Capricorn (Makara Raashi), then the rays fall on the pillar with the Capricorn symbol.

The floor has an uplifted circle, which is habitually found in Hoysala and some Vijayanagar styled temples. This is however marked with converging lines which is said to indicate the direction of the shadows when the sunlight falls on the Zodiac pillars. On the convoluted carved ceiling manifest exceptional craftsmanship, which is also usually found in Hoysala or Vijayanagar styled temples.

Straight ahead, to the west, inside the temple, the Garbhagriha or the main sanctum, houses Lord Vidya Ganpati on one side and Goddess Durga on the other. This temple is functional even today and photography is not allowed inside. 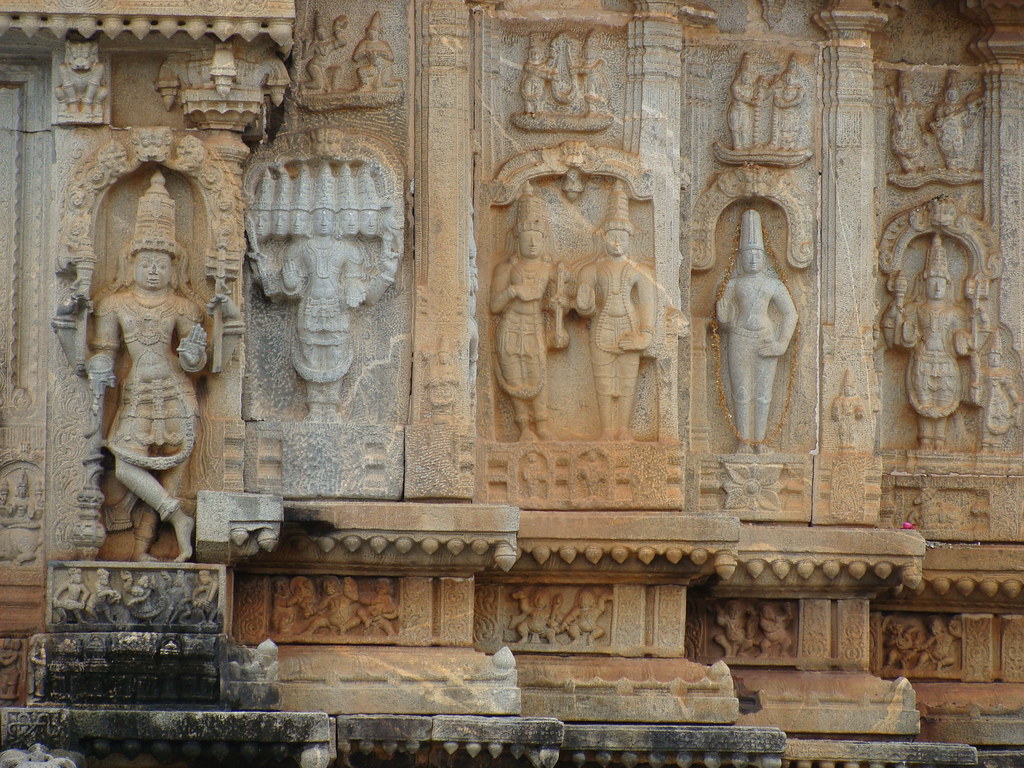 This temple lies on the banks of River Tunga. A lot of fishes come on the river edge, where the devotees feed it with puffed rice. They are said to be sacred fish and you are not supposed to catch them.

Next time when you visit Hampi do not forget to visit this magnificent temple.