One of our favourite board games of all time, which we must have played with our friends, family and spent hours rolling the dice and racing up our tokens and seeing who reaches the finish line first.

Moreover, In this pandemic of covid 19, each one of us has played and recollected our old memories.

The snakes and ladders games were invented in ancient India. There is not a clearer picture of when, how and who actually invented it but some historians say, that it was played in and much before the 2nd century and some say it was created by Swami Gyandev in the 13th century. The board game which we play today is not like the original version. 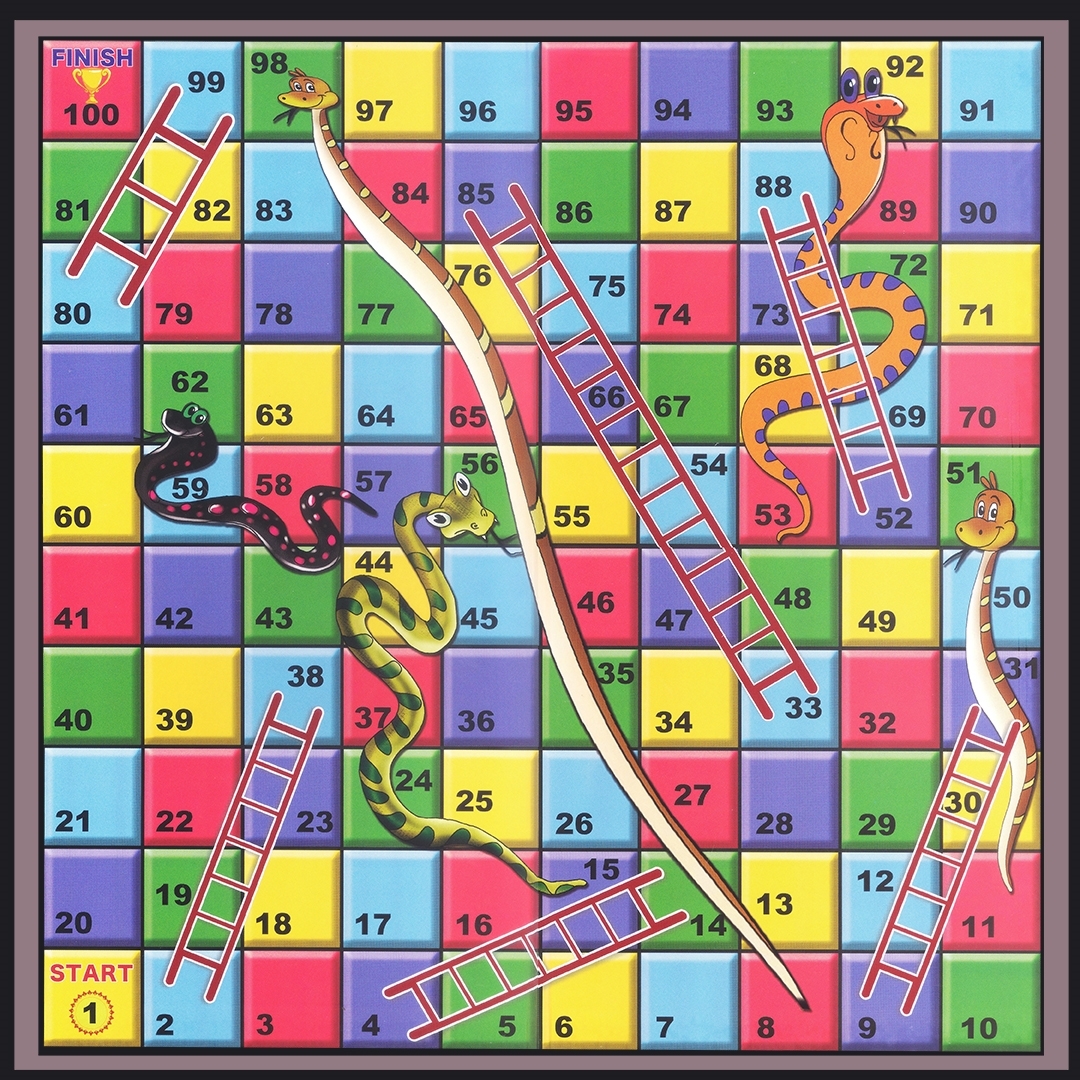 It was earlier known as Mokshapat or Moksha Patamu. Originally, the game was used to teach the children about morality, a lesson about karma and kama (destiny and desire). The ladders were signified as good deeds whereas the snakes were denoted as all the evil things human do. 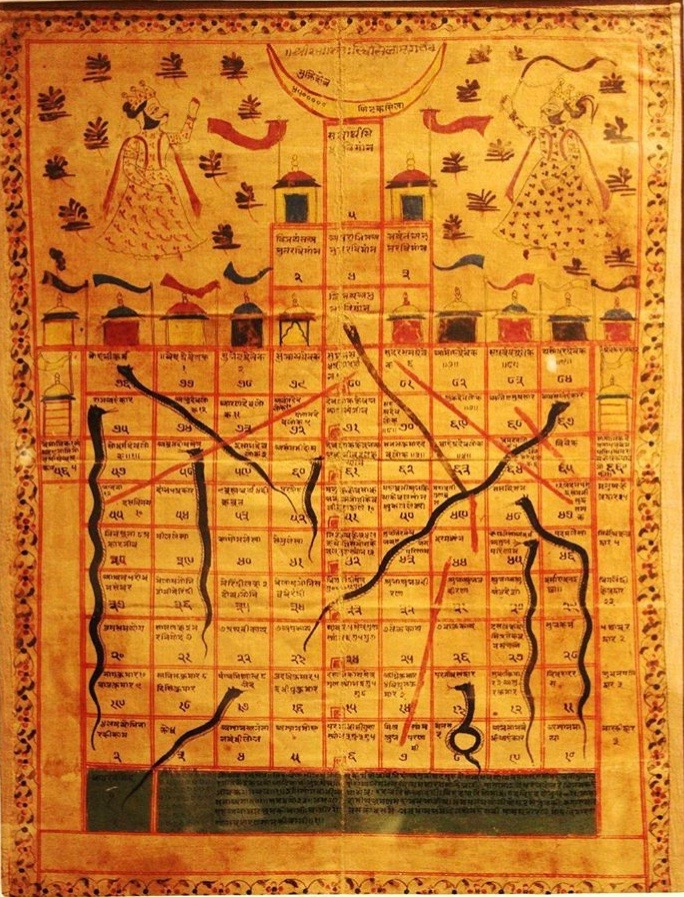 The main aim was to give a message through this game to children that good deeds we do take us to moksha or salvation (100 number of the game) while the evil we do results in rebirth as a lower life form (Snakes).

In The original game, the snakes (Bad deeds) surpassed the ladders (ladders) to demonstrate that in real life, virtue and righteousness are much more difficult than the journey of evil. The squares with each no. were signified like for squares of uprightness were:-  12(faith), 51 (reliability), 57 (generosity) etc. whereas the squares of evilness were:- 58 (lying), 73 (murder), 84 (rage), 92 (greed) etc.

Gradually, by the time of 19th century due to the colonization of India by the Britishers. This board game was enchanted by them and was carried away to England with some manipulation and modification. It was then called snakes and ladders. In 1943, the USA introduced the game Chutes and Ladders by game pioneer Milton Bradley. 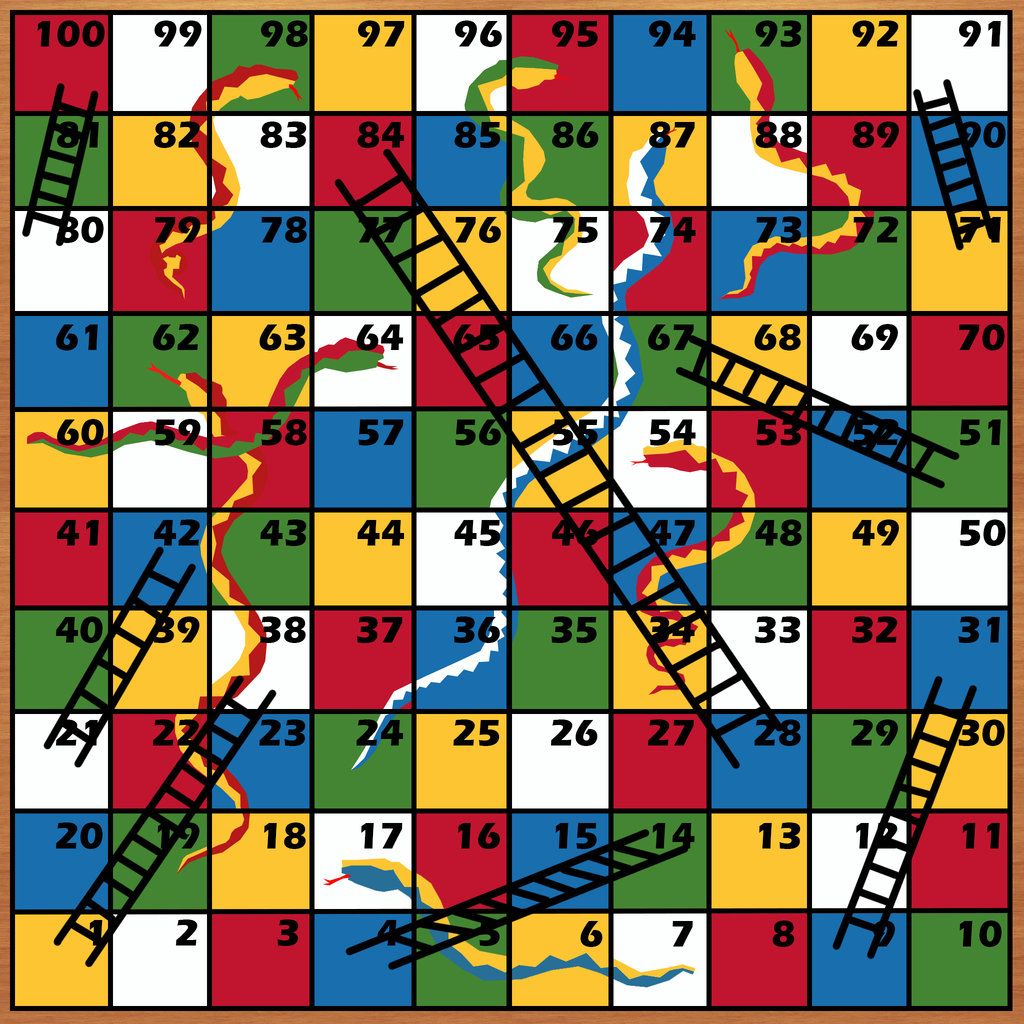