In the pages of Indian history, the automobile industry started off with the two great and iconic names Hindustan Motors Ltd.’s Ambassador and Premier Auto Ltd.’s Padmini.

Today, we have so many different varieties of cars luxurious, SUVs sedan etc, with modern and automatic techniques. But back then after the independence, only limited cars were available to limited people. Let’s dig into the memories of the Premier Padmini Indianized version of Fiat1100. 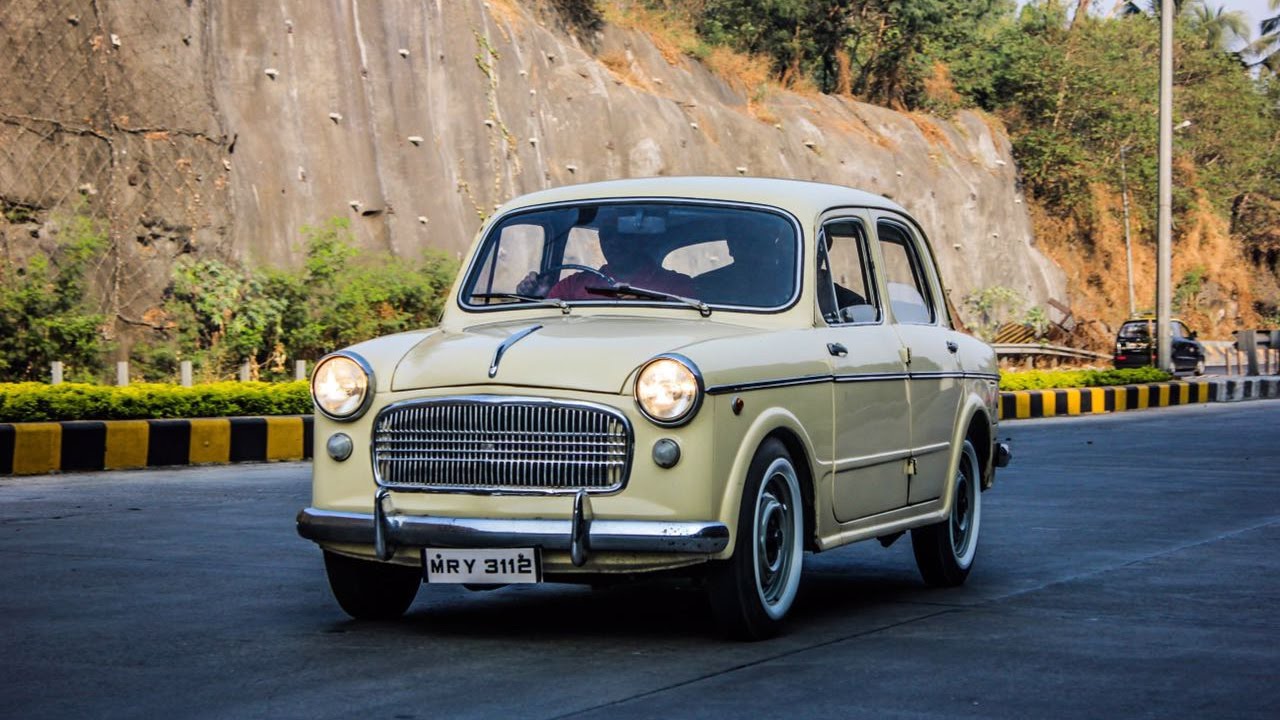 The company is owned by the Walchand Group. Walchand Hirachand established Premier Automobiles Ltd.(PAL) in 1944 with the support of Sir. M. Visvesvaraya. In October 1947 Premier Ltd. manufactured the first Indian made trucks and cars that were all set to drive around the streets of a free India. Premier is well-known for its Premier Padmini which ruled the Indian car market and its popularity peaked during the 1970s and 80s.

Padmini was the first one to challenge Ambassador Car. As the design and model of the car was sleek, compact and looked better than an ambassador. It had a 3-box design with chrome-lined round headlights placed at corners with a bigger grill at the centre housing the PAL logo and blinkers placed beneath it. The Interiors of the car were plain and sober with few knobs and dials and there were no fancy items and storage spaces on the dash. However, get inside the Mumbai cab version of it and you’ll find many gizmos added there like a fan, TV, many LED throwing lights over religious idols and so on.

The Padmini would use to have very comfortable seats according to city life. The seating configuration was like 3+2 which has two sorts of comfortable bucket frontal seats and a flat bench at the back seat. Some have fitted it with a flat bench at the front, which accommodates 3 persons, making it a 6-seater. It served many travellers coming to Mumbai by carrying their luggage to destinations. Being a car short in height, it had a low centre of gravity and considering the lightweight of the car, helped in better handling and cornering.

Padmini not only ruled the cab market of Mumbai but also ruled many hearts. Thus, it can still be seen in many epitomes now and then. Many proud owners of Padmini have put a lot of efforts to keep the car not only in running condition but also to make it a head-turner retro beauty. There are fan clubs of Padmini which share their technical knowledge in order to keep the heart of Premier Padmini. This car was used to manufacture in Premier Auto’s plant in Kurla, Mumbai till 1997. Henceforth, Mumbai has the largest number of Premier Padminis, be it a taxi or as a personal vehicle.

Gradually, and when the time passed people switched from these cars to new automatic cars, and these companies stopped the manufacturing of these great cars.

Nevertheless, no one can wash away the impressions these vintage cars made in the hearts of many people.