HMT Janata, HMT Pilot, HMT Jhalak (Semi Skeletal), HMT Sona, HMT Braille. I am sure that you all must be knowing of these great, iconic and the most famous wrist-watches of India. And also some of you will be having great memories with these HMT wristwatches. HMT watches were simple, durable everyday-use – watches for the common man.

But this iconic Indian brand went from being one of the world’s largest watch manufacturers – having produced over 115 million watches during its existence –and defining the huge Indian domestic market, to becoming irrelevant and finally, insolvent.
Let’s take you down the memory lane of HMT watches and the story of this.
After India got its independence, one of the major agendas was to revive the economy of the country. One of the initiatives was to establish homegrown brands, As a result, HTM – (Hindustan Machine and Tools) was started in the year 1961 in collaboration with Citizen (A Japanese watch making company).
HMT was owned by the Indian government. It required heavy machinery work at that time because of the lack of knowledge of micro-engineering. The alliance with the Japanese company (Citizen), helped the company to manufacturer digital and analogues wrist-watches.


HMT watches had great success in the watch-making industry, and its shares came up to high rise. The company had to expand its production facilities, setting up factories and plants in different areas and regions of the country. It also helped India to grow its economy and also the new policy by the government for the country’s economic gain of “favouring local production of goods” and discouraged, blocked the imported goods. This supported the company to reach its height, and to becoming the most preferred and favourite brand in India.
In the beginning, the company only used to manufacturer simple hand-wound mechanical watches, but gradually it also started producing automatic and quartz watches. The rise of the demands of these watches reached its apex during the 1960s to 1980s.
During 1991 the company was producing nearly 7 million watches. It used to have its own and unique advertising tagline for its company “Timekeepers to the Nation”. 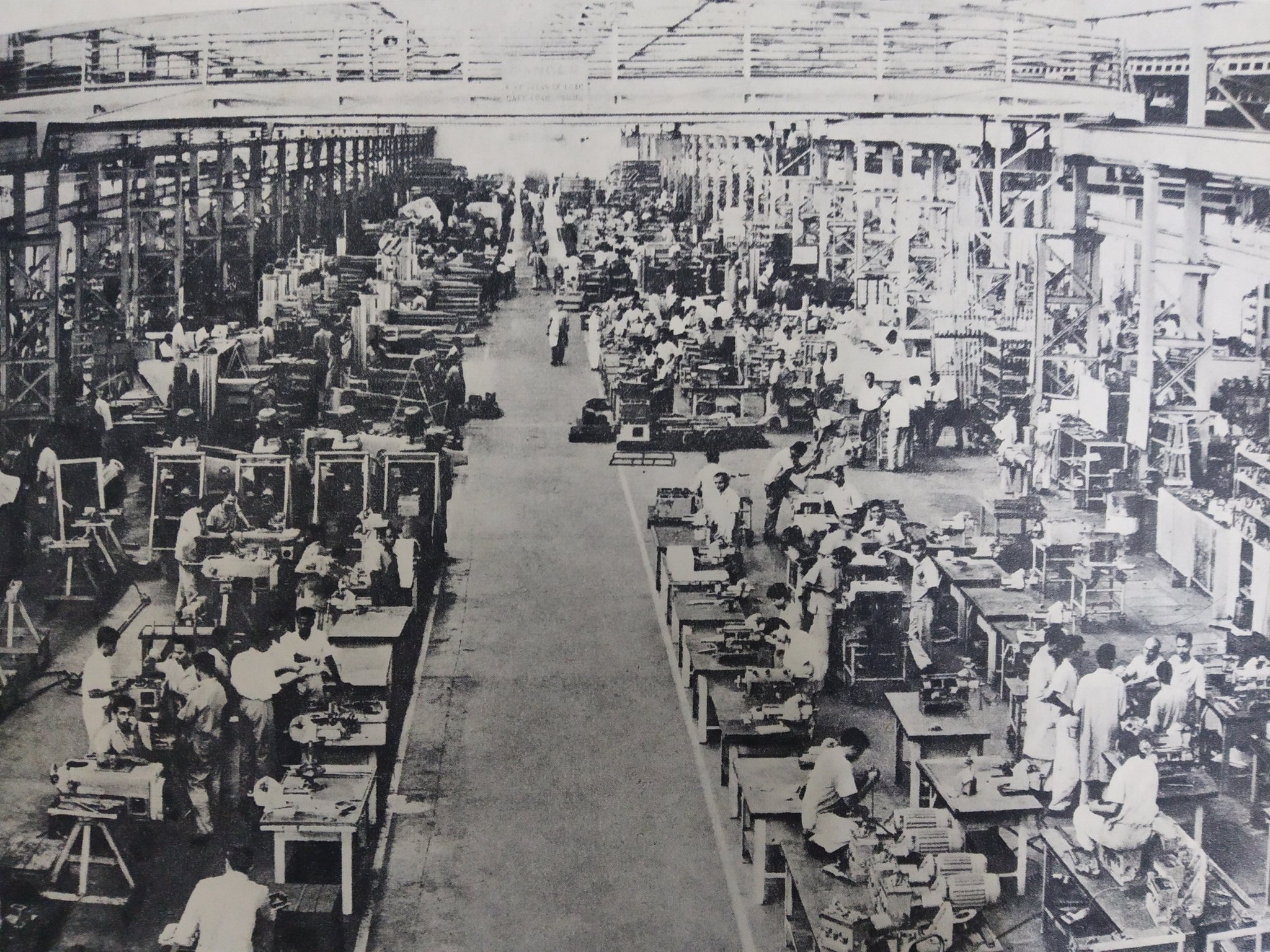 The story doesn’t end with a happy ending here. Now, the company had many rivals and competitors on their way. The most powerful competitors were Tata’s brand which was named “Titan”, The brand’s focus was modern, fashionable quartz watches that were more keeping in with the customer taste.
Gradually, the Titan started to win over the market because of reasonable price quartz watches. Earlier, HMT also used to produce it, but because of its high price, it was not so famous amongst the common people.

HMT did not realize its mistake that later on, the quartz watches will dominate the market, they continued to produce their watches. At the time when HMT realized its mistake and decided to correct it, it was too late for it because of Titan win over the market and overpowering of HMT.

It was time the early 1990s that eventually, the Indian economy opened its doors to foreign markets and international brands to import their goods. And of course, Indian consumers desired international brands because of their new and variety of collection which they were not aware of till now.
HMT now had started producing quartz watches with a new and varied collection but could not catch up to the mark of consumer’s taste which was done by Titan and foreign brands.
Gradually, the sense of prestige and pride that went wearing with HMT watches was lost. HMT now was too slow to react to the customer’s demand and realized their exit from the market. The Government of India finally closed the doors of the great and the epic watch company HMT in May 2016 as the company was in losses and debts since the 2000s.
The news of the closure of HMT watches was widespread across India and suddenly created a high demand for these timepieces watches in India. Inventory on the company’s web-store started to selling out their products whereas some online retailers and stores received a surge of demands.
Another reason for the increased demand for new old stock HMT watches was the fact that finding well preserved HMT watches in the secondary market can be challenging since most were used to the point that they were worn out.
That was compounded by the fact that owners who treasured their watches and used them well were often unlikely to sell them since they had sentimental value, being heirlooms or gifts from loved ones, or pieces bought to mark special occasions.

The thought of those epic HMT hand-wound Pilot, which was more often worn and famous in the Indian Armed forces officers, as well as the Janata that was one of the first models to be produced and known for its reliability and longevity. The automatic day-to-day models like Rajat and Kanchan were also very popular and hard to find nowadays online or even authorized dealers.
The legend of HMT watches embarked on its exit from the Indian market.
Have you all gone down the memory lane, of those good old Indian days where watches of HMT was worn with esteem pride and was a mark of a prosperous gift for any occasions? If yes, write up your thoughts in the comment section for this article.